Am I referring to that classic Black Sabbath song or a modern film? Well neither, I am talking about a man trying to increase the iron levels in his body and blood stream and move away from that Anaemic level that I was given after my last blood test.

So what am I doing?

I have a two pronged approach, the first being to take Iron supplements and boost my Iron levels in that way and the second and more interesting is through diet.

So today I dusted off the nutri bullet and made myself a smoothie, nice and simple, just orange juice and spinach. The orange juice gives it a nice flavour as well as the vitamins that come in orange juice while the Spinach brings in the Iron as well as even more vitamins.

I am also trying to eat more Iron rich food and so this evening I had some liver for dinner, in fact it was Liver and Bacon with Onions, Tomato and Apple served in Onion Gravy and I have to say that it was very very tasty.

I had slightly over catered and will be having leftovers for lunch.

Below is a list of the different blood measurements that I am looking to improve by changing the diet. They are all just below the recommended range, which are the figures shown in brackets.  I will of course need to wait for my next blood test to compare them and in the meantime I will continue to try and eat more iron rich food.

One of the good things that has happened recently is a number of Apps and ways to access your GP and NHS data have been introduced so you do not need to wait for the doctor to access information like blood test results.

And so I used one of my new Apps to look at my blood test results from the test I had last week and was very pleased to see that my PSA had dropped to 88, I have made it back into double figures 😁👍.

It’s actually quite a big drop, down from 144 last month and clearly a massive drop from 1,585 where it was last year.

On the downside the blood test also showed that I am borderline Anaemic which means a lack of Iron in my blood and other things which I still need to find out about.

While I wait to find out if either the GP or my Oncologist will prescribe Iron tablets and of course identify the underlying cause of the Iron deficiency, I can add more Iron rich food into my diet such as the following.

So I will be looking at some liver recipes, I have not had liver for years!  Liver and Bacon sounds good. 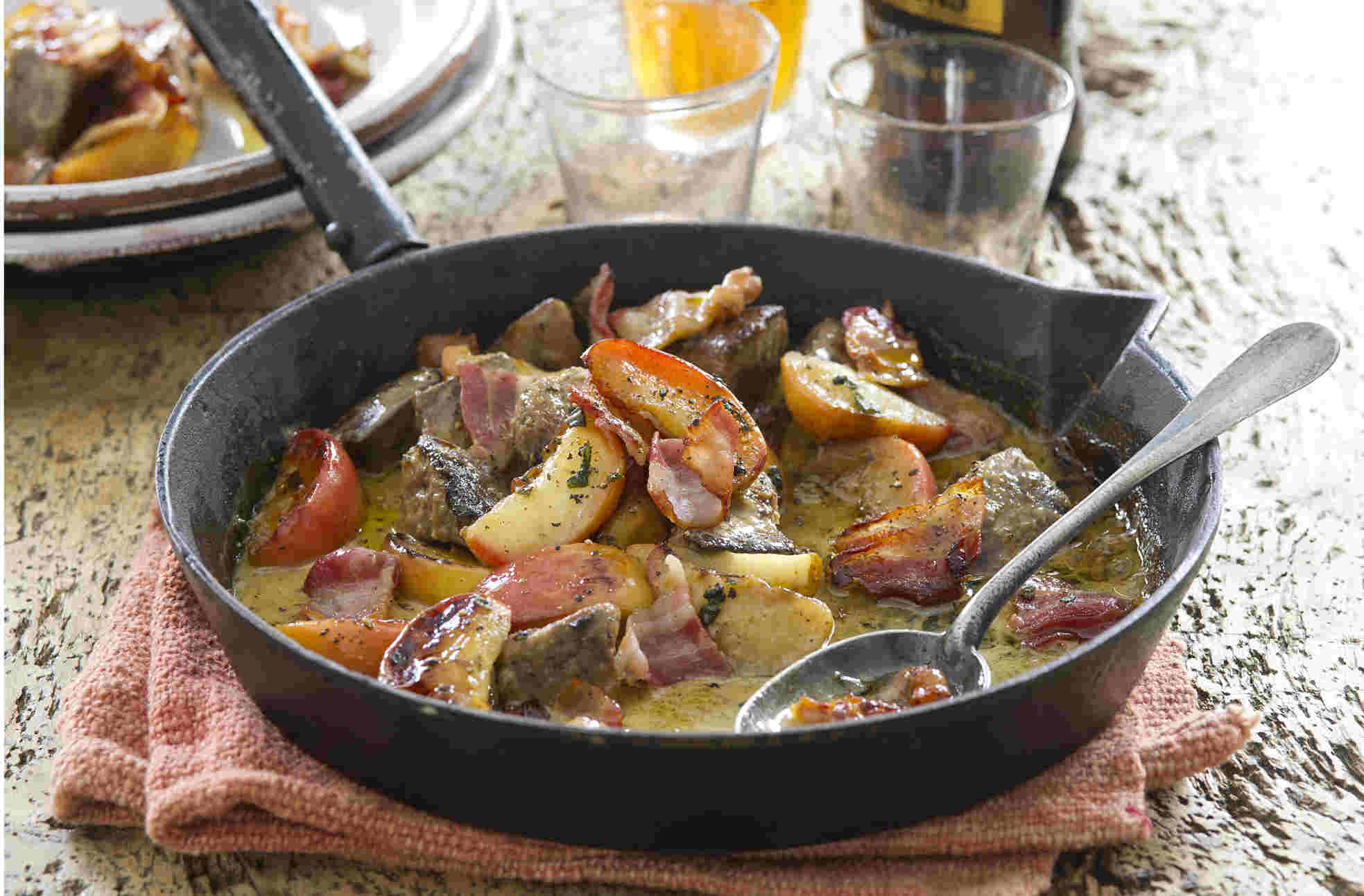 And I’ll be getting the blender out and making those lovely green drinks with curly kale and spinach!

But such good news about my PSA, I feel it sets me up for my Outpatients call tomorrow and Lutetium treatment number 6 on Friday.

Unusual for a Sunday but we are heading to UCLH for a CT Scan today.

Arrived slightly early for my 1315 appointment and was called in straight away.

I got changed quickly, the cannula was fitted and before I knew it I was in the scanner and out again.

There are some advantages to visiting the hospital on Sunday, that was very quick and easy.

As a treat because it was a Sunday we decided to treat ourselves to a Tapas lunch and so we headed to Goodge Street where there is a plain looking tapas restaurant called The Salt Yard.

But go inside because the food is amazing!

It is fairly well known that Garlic is supposed to have anti cancer properties but did you know it is best to crush garlic 15 minutes before cooking with it as it helps to release all that goodness.

And I was recently told by a nutritionist that we should all eat at least 10 portions of tomatoes each week.

So while we have a glut of tomatoes from the allotment we have been eanjoying roast tomatoes and garlic, they are so yummy and so good for you.

Well it’s that time of the week again, it’s a Wednesday and we are heading to London and the hospital.

I am not expecting to have treatment today, the visit is mostly for a blood test to see how my liver is doing.

I hope it is well on the mend after the steroids but there was talk of keeping me on them albeit a lower dose.

The tube was very busy this morning but we managed to get seats and everything was running on time.

07.52 and we are sat waiting for a blood test. I have extra vials this morning as I am providing samples for the UK Biobank this morning.

The blood test wasn’t straight forward as she found it difficult to find vein in my arm so for the first time she took blood from my hand. I do feel like my veins are disappearing or moving further from the surface of my arms.

Blood test done it was off to see the research nurses for my observations, my blood pressure was very good and my weight was 204.5kg, so down slightly from last week.

Today we saw new doctor, Dr Grist, she came with 2 assistants, 1 student doctor who was going to do a patient case study and 1 researcher.

We had a good talk with the doctor and went through a few things.

On the negative side my PSA has risen again and is now at 23. Both Dr Grist and Linch are not too worried about this and will wait until the next scan to see if that shows anything.

We discussed the water tablets I had started on and she thought they were ok to continue with although later in the day that decision was reversed and I will stop taking them for now.

We also talked about some of my other aches and pains, she also gave me a thorough examination and declared all was ok.

On returning to the hospital we got some very good news and that was that my liver enzyme reading had come down to normal levels, it was now 47, it needed to be below 50.

And even better news was that I was going to have treatment today!

I was surprised but so pleased, l felt like things were slipping a little too much.

What it did mean mean was though that we were now here for the day.

So we popped out to pick up some lunch and went to the 2nd floor where the treatment suite is.

It felt like we hadn’t been there in ages, in reality it was 9 weeks.

I think Barbara was also pleased, she was pleased that I was having treatment but really pleased to have some time to do a jigsaw. 😉

She chose one with 1000 pieces which we never quite managed to finish. 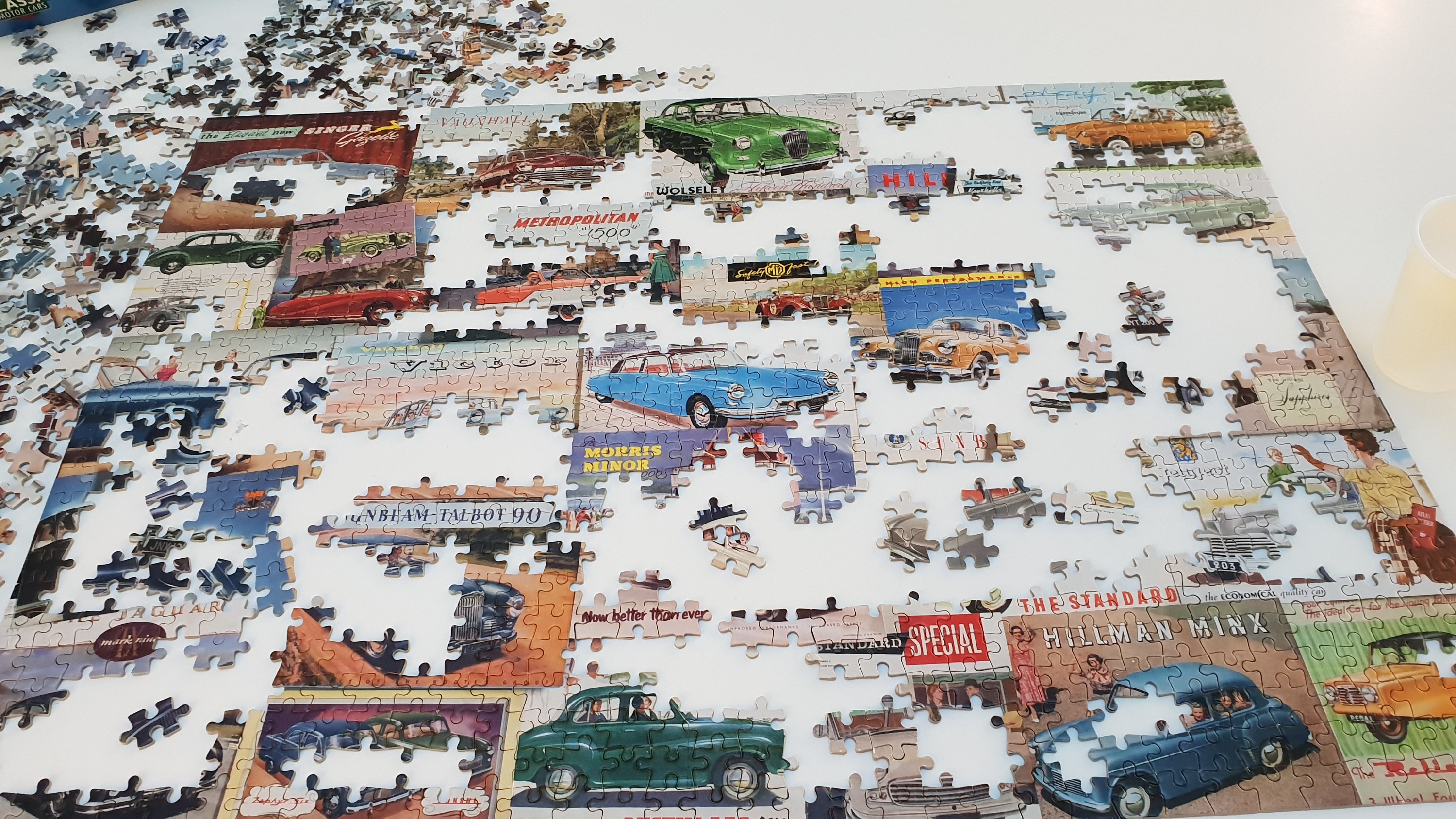 While I was waiting clarification about treatment earlier in the day we had a good chat with Kelly the medical student who is going to follow my progress and write a case study on me which she will present in April.

I look forward to working with her.

About 3.15pm one of the Chemo nurses came over to fit my cannula and following the trend from the morning it did not go smoothly.

She tried to put it into a vein on my right wrist, she got in in but I don’t think it went into the vein as it should, some blood came out and put down the tube but it soon stopped.

She tried to adjust it so that they blood and therefore the immunotherapy flowed freely.

This was very painful and had me squirming in my chair.  Barbara offered me a hand to hold which I took.

She tried a couple of times to adjust it but I think my squirming put her off so eventually to took it out.

It’s amazing that something so fine could caused so much pain going in, I guess the wrist is a very sensitive area.

The nurse asked one of her colleagues to have a go and this time it was success, he managed to get it into the top of my hand.

A few minutes later I was all hooked up and before long the Nivolumab ( I was now on mono-therapy) was flowing.

Treatment took an hour or so and continued with no further issues.

We left the hospital at about 5.30pm and I was feeling a little done in.

We were heading to the tube but I needed an energy boost and so we popped into Sainsbury’s where I bought a bottle of Lucozade, something I never normally buy but I needed that boost.

When we got to the tube the gates were closed with a mass of people, not sure why as we couldn’t here the announcement.  So we decided to take a taxi home, it would be expensive but I was not feeling well and couldn’t face waiting on the tube and a packed subway.

We finally got home at about 7.30pm, more than 12 hours after we left home in the morning.

I was shattered as was Barbara, it was an emotional and busy day for us both.  I was also suffering from muscular chest pains I think from the tension earlier in the day.

It was a long day but I was so pleased to be back on treatment, I hope that now I am on mono-therapy I will not suffer from side effects as much and we can get into a routine of going to the hospital every 4 weeks.

In the meantime I am back in 2 weeks for a blood test to check that my liver is still OK.

Over the last 10 days I have been taking steroids to try and sort my liver out.

Fortunately I have suffered no side effects from the steroids which is good news.

Now I just have to wait until next Wednesday for my next blood test.

When I was recently at a Health Spa I attended a talk by a nutritionist which was very interesting and has prompted me to get back on course with changing my diet and trying to eat more healthy.

Coincidentally one of the papers ran an article on healthy breakfast cereals and the one I am eating, ‘Special K’ didn’t score too well as it contained a lot of sugar.

So I have decided to move to Shreddies as they have a lot less sugar.

I have not had Shreddies for years, many years and was actually quite pleased with how they tasted.  I normally have mine with a banana and Alpro Coconut Milk which makes for a tasty breakfast and for the most part keeps me going until lunchtime.

Once we get more into winter I will change to porridge but for now Shreddies seem to be doing the job.

I still have a lot to learn about diet and nutrition and would love to hear what other people have for breakfast, after all it is the most important meal of the day 😉