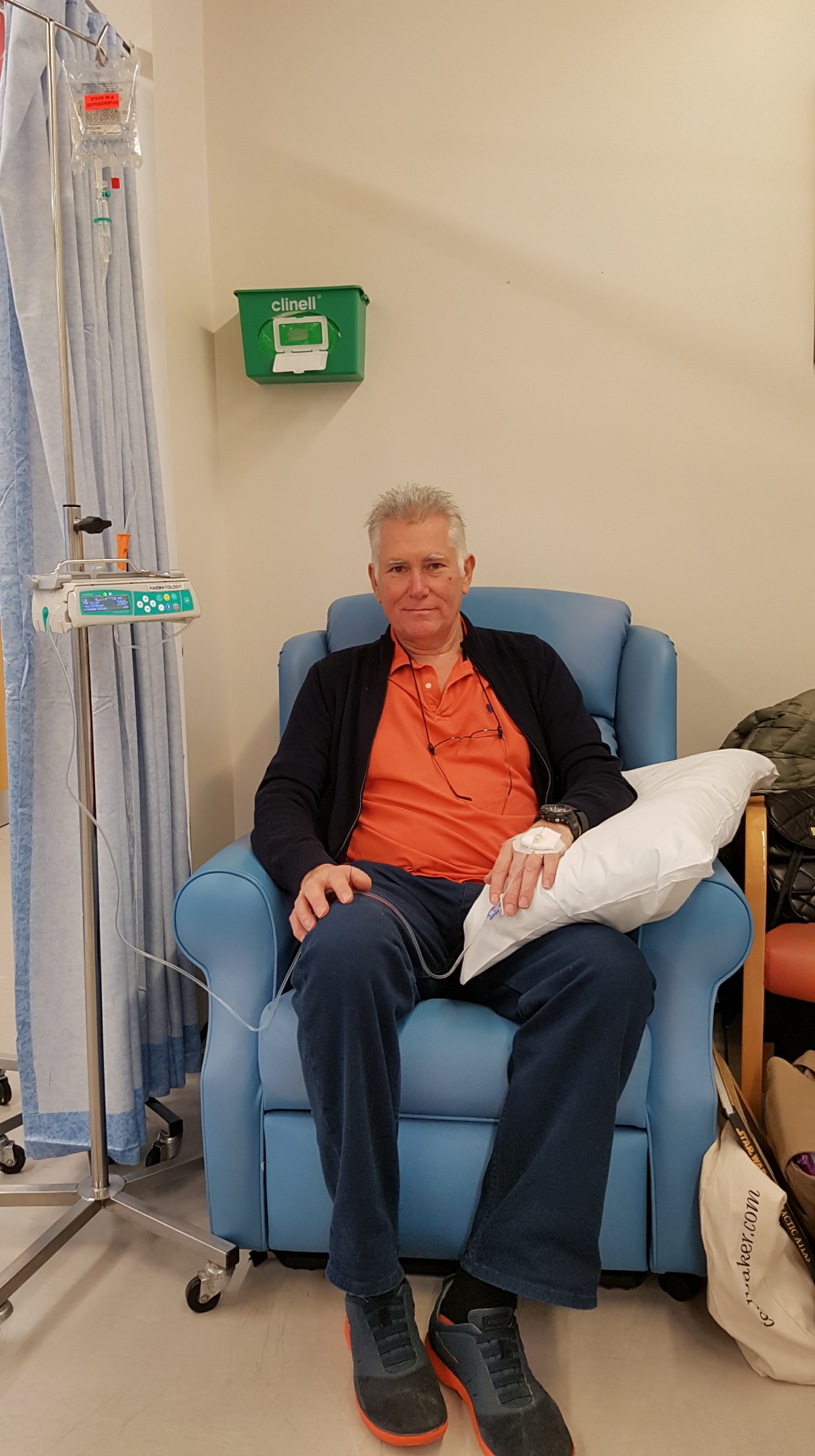 Today I had my first Chemotherapy Treatment and it did not go as well as could be expected.

At this point Barbara and I had know idea what to expect really but we were met by a friendly face and I was weighed.

I was then taken to a chair.

Before no time I had a cannula in my hand and had a wash and some piriton admisteted through a drip.

All was going well until it was time for the Chemotherapy drug, a bag of liquid specially made for me.

The bag was hooked up to the stand and connected to the cannula. I watched as the liquid travelled down the tube and into my hand. Almost immediately I felt my chest tighten and my head felt like it was being squeezed. Barbara said my face went bright red.

I said to her that it didn’t feel right and she called a nurse over who immediately stopped the treatment and got Lucy my nurse.

They administered a flush through the cannula and checked my vitdl.

I was starting to feel better but could feel my heart racing. I was expecting side effects from the Chemotherapy but not this.

Things calmed down and eventually I was checked over by a doctor who prescribed more Piriton.

After more Piriton was administer the chemo treatment was restarted.

This time things went a lot better and I didn’t get a reaction. The treatment was also admisteted at a slower rate.

I was later told that I had gone into a form of anaphylactic shock.

So after about 4 hours the treatment was finally complete, I was expecting it to be 90 minutes.

I thanked Lucy for looking after me and headed home.

I felt exhausted and felt like I had been beaten up from the treatment.

All I had to do now was wait for my hair to full out!